Who is Skate PE? 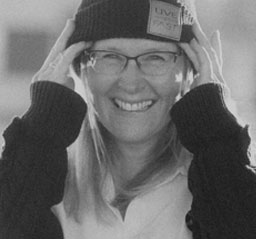 Trish Alexander is the Executive director of Skate Journeys Skate School which has been in operation since 1999 (since 2019 as a non-profit organization). Skate Journeys runs Skate PE Programs as well as weekly classes for kids and grown-ups and After School Programs, summer camps and mobile events.

Trish also owns Skate Instructors Association (SkateIA) which is both a certification organization for skaters to become instructors and a membership organization for instructors. SkateIA. SkateIA FKA as United Skate School Group has been in business since 2004 which Trish as the director since 2009. Skate IA has approximately 200 members who teach some 160,000 students annually. Skate IA offers pro deals and insurance to their members.

Skate IA will be providing both insurance and training for Skate PE. 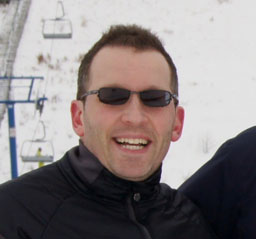 Mark Greenwald – Mark is one of the founding members of Alien In-Line Skate School, based in Calgary, Alberta, Canada. Born in Chicago, Illinois Mark is an Olympian, representing the US in 1988 & 1992 and achieving a top ten finish in games. Mark raced on In-Line skates for Team “Speed Specific”; a team made up of members of the US National Speed Skating Team (ice) and in 1991 was part of the National Champion Team Pursuit squad at the 1st International In-Line Skating Association (IISA) National Championships held in Irvine, California. He also raced the Rollerblades series circuit across North America with that team in the early 1990’s and later with Pro Team K2 through 1994.

Following retirement from speedskating and a role with a speed skating club coaching position in Abbotsford, BC, Canada in 1992/1993, Mark returned to Calgary to finish his undergraduate degree in Kinesiology, and also began teaching In-Line skating. He became certified as a Level I and II instructor, and eventually an Instructor Examiner for the IISA teaching and certifying over 30 instructors in Alberta between 1999 and 2006. Mark maintains many contacts in the skating industry and certifications through the eventual successor of the IISA, Skate IA.

Mark an undergrad degree in Kinesiology (1996) and his MSc. in Kinesiology (motor learning) in 2000. He worked at the Calgary Olympic Oval for 16 years serving in roles as a coach, Program Manager/Director of Sport and eventual Director of the Oval through 2009. Working with Canadian Olympian Jacques Thibault, he was an architect of the very successful high performance sport model at the Olympic Oval that contributed to over 20 Olympic medals for Canada in the sports of long and short track speed skating and women’s ice hockey through the 1998 to 2006 Olympic Games. Mark also worked with US Speedskating in the role of CEO/Executive Director from 2010 through 2013. He currently leads the company he helped found, Alien In-Line, as Managing Director. Alien is recognized for its instructor excellence and is one of the largest and most successful in-line skating schools in the world.